Originally from the west coast of North America, Douglas Fir was brought to France during the deforestation programmes after the Second World War. France is today the primary producing country of Douglas Fir in Europe, it is found mainly in the Massif Central and in Bourgogne. The Douglas Fir sapwood is yellow and its duramen brownish-pink. The grain is straight and medium.

Physical and durability properties of natural wood (besides sapwood)

Uses of the Douglas Fir species

Rather slow drying, without problem
Normal machining (risk of splinters at knot level), good adhesion, good resistance to nailing
Can be finished (Possibility of rinsing and exudation of resin) 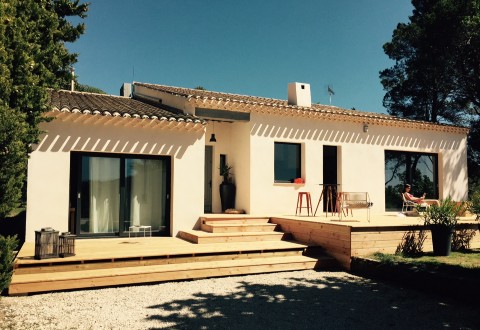