Ducerf Group, partner of the French-AuRA team at the Solar Decathlon 2022 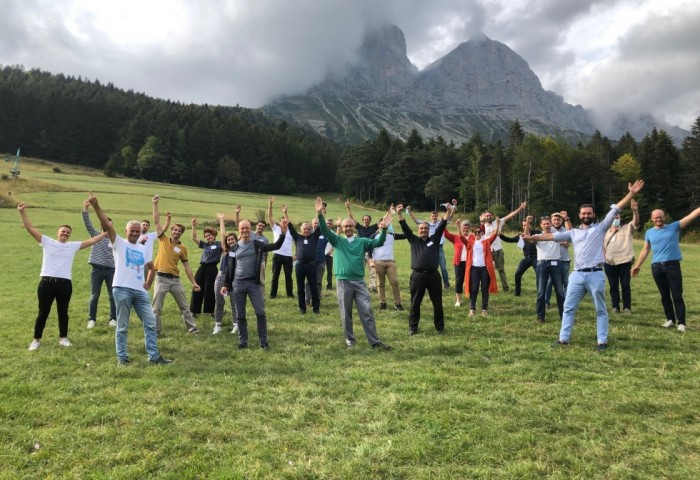 Ducerf Group, partner of the French-AuRA team at the Solar Decathlon 2022: "It is important for us to be alongside the prescribers of tomorrow!

The grand final of the Solar Decathlon Europe 2022 will take place in June in Wuppertal, Germany. This year, 18 multidisciplinary university teams will take part in this international competition in architecture, design, urban planning and engineering. Among them, the French team Auvergne Rhône-Alpes, supported again this year by the Ducerf Group: "We bring our products and our know-how in accordance with our values and our will to accompany innovative projects intended to prepare the habitat of tomorrow ». Explanations.

The history of the Solar Decathlon competition

This biennial architecture, design, urban planning and engineering competition was created in 2002 at the initiative of the US Department of Energy. University teams compete against each other to propose the best solar house design, which is evaluated in ten rounds. Since 2010, a European edition of the competition has been held alternating with the American editions. The first editions took place in Madrid in 2010 and 2012, and in 2014 in Versailles. During the competition, the prototypes are exhibited to the general public and the competing teams are also assessed on their ability to disseminate the scientific, technical and industrial culture produced as part of their project.

The challenges of the Solar Decathlon

This competition was created with the aim of developing innovation, the transmission of knowledge and research in the field of renewable energy: passive housing, bioclimatic, solar energy. Each prototype will be evaluated according to ten criteria, including architecture, engineering, energy efficiency, economic feasibility and the project's capacity for industrial development, as well as innovation. With the Solar Decathlon, the aim is to create sustainable and innovative housing solutions using the sun as the main and only source of energy and to highlight these concrete innovations for the construction of tomorrow's homes.

A new Solar Decathlon Europe edition with a French team

Germany will host the final of the Solar Decathlon Europe. Each country is represented by a national team of multidisciplinary students. For France, it is the AuRA team that will compete this year. It brings together 150 students supervised by 50 teachers and researchers, and is led by the École Nationale Supérieure d'Architecture de Grenoble (ENSAG) and the Grands Ateliers Innovation Architecture (GAIA), two institutions already involved in the previous participations of the AuRA team in 2010 and 2012. From 10 to 26 June, Wuppertal will host a solar village where some 150,000 visitors are expected and will become a kind of living laboratory designed to educate the general public about innovations and technologies contributing to responsible living.

This year, the AuRA team will deal with the issue of rehabilitation of existing heritage. The project will therefore focus on the renovation of an existing building. The AuRA team has chosen to rehabilitate a hotel site into participative housing. The project is located at the Col de l'Arzelier, at an altitude of 1,154 metres in Château-Bernard (38) in France. The site has been in sharp decline since the closure of its ski lifts in 2018. Through its project, the Team AuRA wishes to revitalise this area and develop its potential for welcoming new inhabitants. The former hotel from the 1970s named « des deux sœurs » will be renovated to integrate housing, common spaces and activities, while taking into account the problems linked to public spaces in this area and its inhabitants.

It is therefore a part of this project, called a demonstrator, which will be built and exhibited during the competition. In terms of construction and design, the team will use only ecological, geosourced, biosourced or reused materials. It proposes an architectural project based on the modularity of the spaces, energy efficiency and the use of renewable energies, while placing the human being at the centre of the project. In collaboration with building and construction professionals, the team has built an exemplary and energy self-sufficient habitat demonstrator.

The Ducerf Group once again alongside the AuRA Team

An operation of this scale requires financing to build and take the demonstrator to Germany, to develop it and to make this multidisciplinary team live. Many institutions and companies have therefore joined the Team AuRA project. Among them, the Ducerf Group. A sponsorship agreement was signed with the Foundation for the University of Lyon, which oversees the project. Within the framework of this agreement, the company Les Bois Profilés of the Ducerf Group committed itself to support the participation of the AuRA Team by providing free of charge part of the materials necessary for the realization of the project, i.e. 135 m² of THT ash decking (treated by high temperature) with a special grooved finish, section 21 x 120 mm.

This is the second time that Ducerf has participated in the Solar Decathlon by supporting Team AuRA. This was already the case in 2012 when the team won the competition with its Canopea project. Thibaut Chastagnier, head of the 2nd transformation division, did not hesitate before getting involved in the project: "At Ducerf, we are very attached to these student projects which aim to prepare the habitat of tomorrow, with concepts and materials that are more respectful of the environment."

THT wood, a material that meets the current environmental challenges

To meet the specifications of the Team AuRA project, it was necessary to find materials that meet the environmental, economic and energy performance requirements of the Solar Decathlon. The competition brings to the forefront ecological issues related to energy management and the life cycle of materials. For Thibault Chastagnier, THT wood from the Ducerf Group meets these requirements: "We are delighted to be able to support them with an offer that corresponds to consumer expectations for local and ecological products, particularly with the thermo-treated ash decking range that will be installed on this project.

This range of thermo-heated wood outdoor furniture is the result of a 100% natural process that modifies the physical and aesthetic characteristics of hardwood. Thanks to the THT treatment, the wood is more durable, more stable and more resistant. It is an easily recyclable material. This species also has the advantage of being a local resource directly from our forests in Burgundy.

A project that echoes the values of the Ducerf Group

This project and more widely, the Solar Decathlon, carry values dear to the Ducerf Group: "As a committed industrialist, we accompany the French team in its will to propose new solutions, always more respectful of the environment in a successful approach of sustainable development. By participating in this project, we also want to support architects and construction engineers on a daily basis, as well as show our strong commitment to training. It is important for us to be alongside the specifiers of tomorrow, engineers and building professionals! They hold the future of architecture and housing in their hands," explains Carole Debize, head of communications.

Through this collaboration, the different actors of the project are given the opportunity to show project managers and owners how to use ecological materials. Once again, the Ducerf Group is placing sustainable development at the heart of its approach. For Thibault Chastagnier, "this year's theme is particularly interesting, as it questions the rehabilitation of existing and abandoned buildings by integrating the sociological impacts linked to housing."

See you in June in Wuppertal, Germany for the announcement of the winners! Good luck to the whole AuRA team! 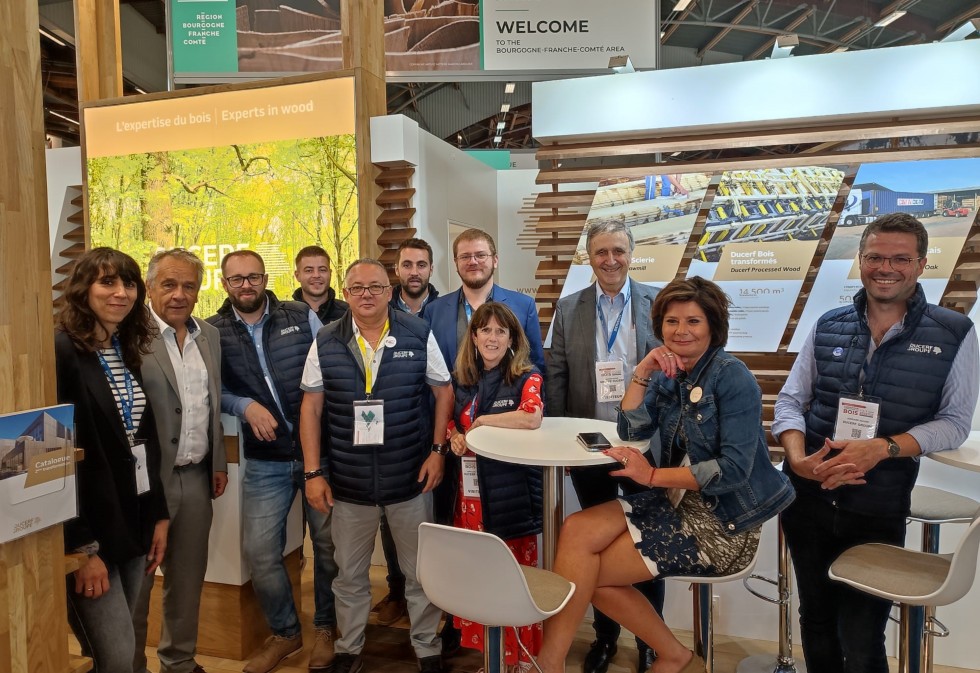 A great edition of the Timbershow 2022 in France 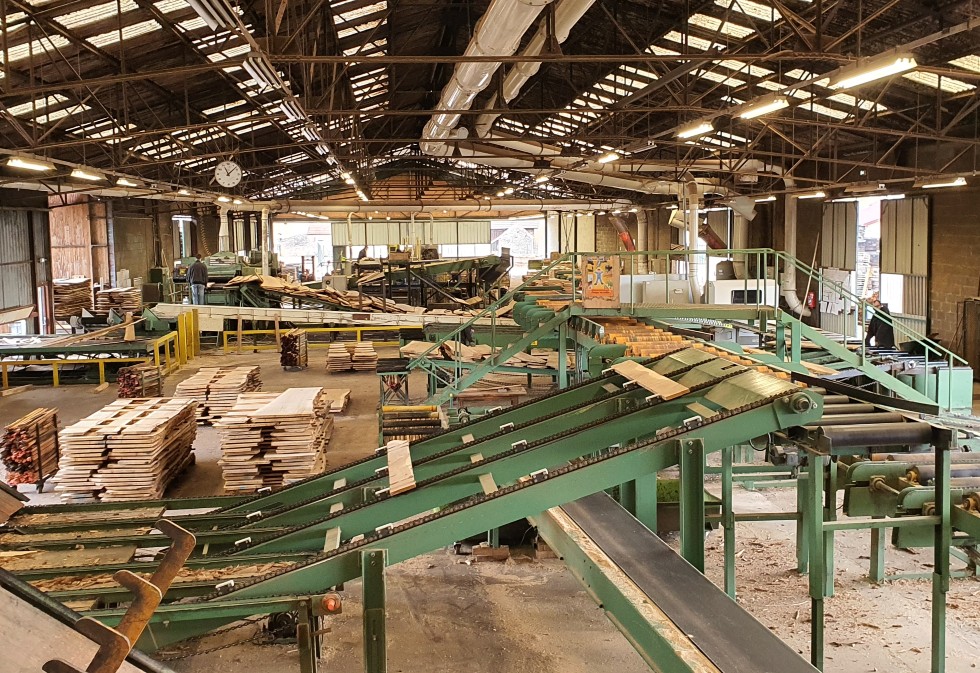 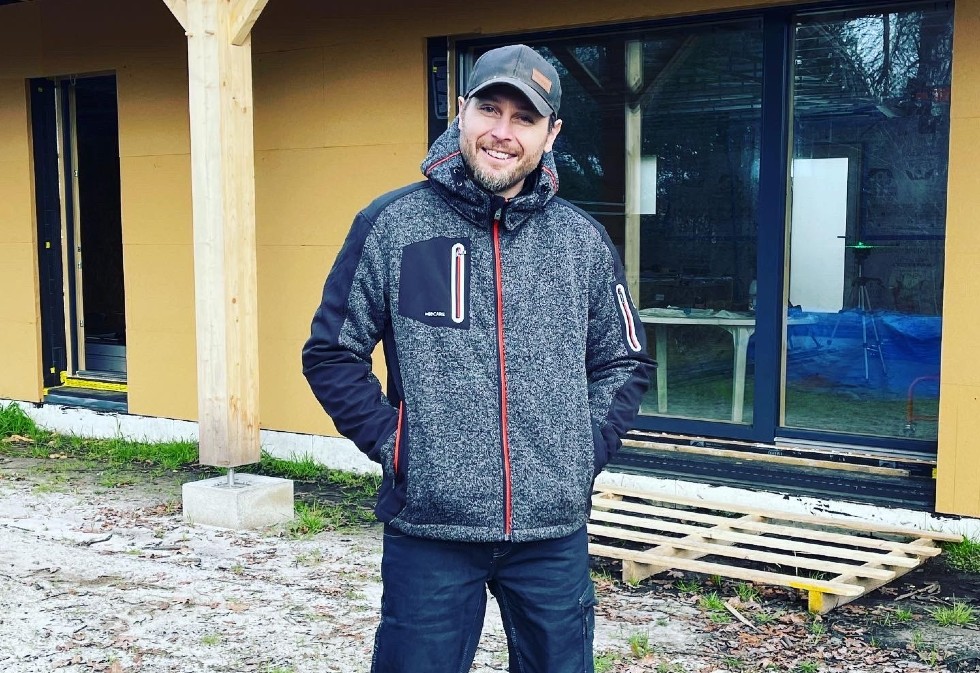